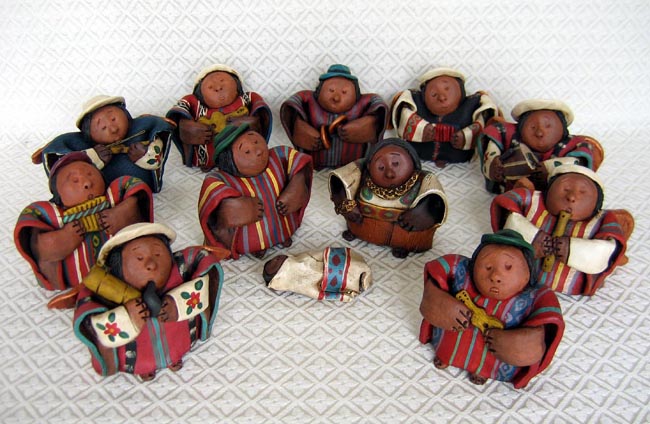 This 12-piece Nativity was made in Quito, Ecuador by artist Michael Ayala. The pieces are hand-formed in terracotta and hand-painted. The artist signed his initials in wet clay on the back. Joseph measures 4.5 inches tall and 5 inches wide.