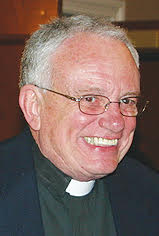 As a young seminarian, I took the Christopher Leadership Course. I enjoyed it. It was more practical than some of my other courses were—like ethics taught in Latin, for example. Their leadership course was all about discovering one’s untapped potential and confidently setting out to change the world. The course’s motto: “It is better to light one candle than to curse the darkness.”

A couple of weeks ago, I was in the Detroit area for a weekend of meetings, including the annual membership meeting of the Friends of the Creche, a four-hundred-member-strong national society dedicated to furthering the tradition of the Christmas Nativity scene. Some members are scholars, some are authors, most are lay people, and just about all of us are collectors. We are a very eclectic group. We have little in common except a love for the Nativity of the Lord. Varied as we are in religion, profession, and financial status, we nevertheless appreciate each other. We have become friends. We realize there is a thin line between collecting and obsessing, and we are a bit obsessive—but in a good way. We never discuss denominational religion or sectarian politics, but we share our joy in the universal Mystery of Salvation and then we set out to change the world.

I met a young man at the meeting who, instead of cursing the darkness, lit a candle. His name is Garrick Hyde. He lives in Utah. He is a member of the Church of Jesus Christ of Latter-day Saints (Mormon). Garrick is married. He and his wife have four children, the oldest being sixteen. He works in the computer field.

A crèche collector for several years, Garrick became interested just four years ago in assisting Third World artisans by commissioning a few folk-art crèches for a handful of inquiring friends. Well, one thing led to another (as it always does) and together the Hyde family resolved to reach out to crèche artisans worldwide. Garrick said he had no expertise in retail sales and no idea how to start such an enterprise, but he felt called.

Garrick began by contacting artisans in developing areas of Africa, Asia, and Latin America. He purchased the sets at the rate the artisans were requesting, had the artwork shipped in small increments, and, initially, posted the pieces for sale on eBay. The concept was not to make a profit, but rather to bypass several layers of intermediaries between the artisan and the customer. It worked so well that Garrick opened his own web site (www.worldnativity.com). He now represents more than 50 crèche artists in developing countries, although he has never personally met any of the artists or traveled to their countries. In four years, he has sold 1,500 handcrafted Nativity sets. His ten-year-old daughter hand-colors thank-you notes to be included with the orders.

Most customers, Garrick says, are not collectors but just good people simply wanting to help struggling artists and their families to achieve some sense of human dignity through meaningful work.

However, what was Garrick to do with the profits that began to accrue? The family decided to return 100% of the proceeds to help others in developing countries. Garrick and his family have now dispersed some $45,000 for service projects around the world. This has gone to pay teachers’ salaries, provide wheelchairs, dig wells, sponsor cataract surgery, assist expectant mothers, meet school tuitions, place orphans, ship hygiene kits to disaster areas, and provide shoes for the needy and seeds for farmers. The children of the family, with guidance from their parents, determine the recipients.

Garrick said he has to take time off from his real job the entire month of December. During that month, he invites the public to his house. The private home is an annual pilgrimage destination for some 1,000 people. They come to see Garrick’s personal crèche collection. Tours of up to twenty-five people pass through every thirty minutes. About 100 varying sets are on display, placed on tables and bookcases throughout the home.

In four years, Garrick and his family have lit a whole rack of candles. Imagine what would happen if more people lit just one candle instead of cursing the darkness.