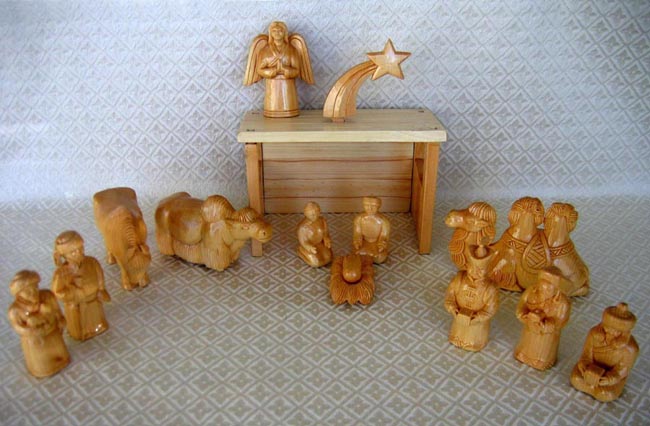 This Nativity is hand-carved from pine wood by Aibek in Mongolia. He is famous for taking a great deal of time to carve his Nativity sets. He is such a perfectionist that one set usually takes six months. Aibek is from the city of Darkhan. He is of the Kazakian ethnic group found in the south part of Mongolia. In his ethnic language, the “bek” in his name means “hero.”
​
The set contains 12 figures: the Holy Family, two shepherds, one yak, one horse, one camel, an angel, and three wise men. The set also includes a stable and star. The standing figures are 4 inches tall.
﻿
◄  back to Asia Collection﻿
go to Nativities for Sale​  ►
© World Nativity 2005 - 2022