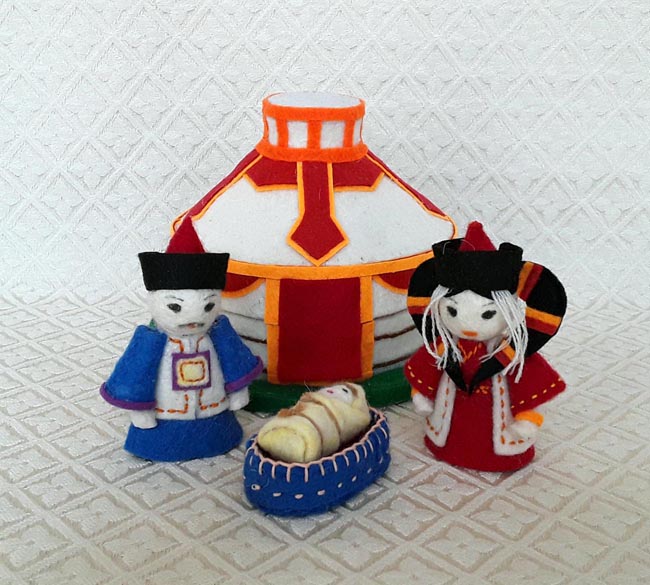 This Nativity scene was made by Ariuntuya in Mongolia. She created a Mongolian Holy Family using cardboard paper, felt, wool and glue. The Holy Family resides in a ger—the traditional nomadic dwelling in Mongolia. The Joseph figure measures 3 inches tall.

Ariuntuya makes religious art called Thangka using felt, based on a tradition followed by Buddhist monks since the 19th century. Thangka is traditionally a painting of Buddhist deity. Just like thangka paintings, thangka appliqué made in silk or felt is a sacred art, and appliqués follow the iconography for Buddhist deities as laid down in Buddhist scripture. The art of appliqué first began among the Huns of Central Asia to embroider saddle blankets. Gradually, it spread east across the Silk Road and was adopted by Tibetans as religious art.
﻿
◄  back to Asia Collection
go to Nativities for Sale​  ►
© World Nativity 2005 - 2023