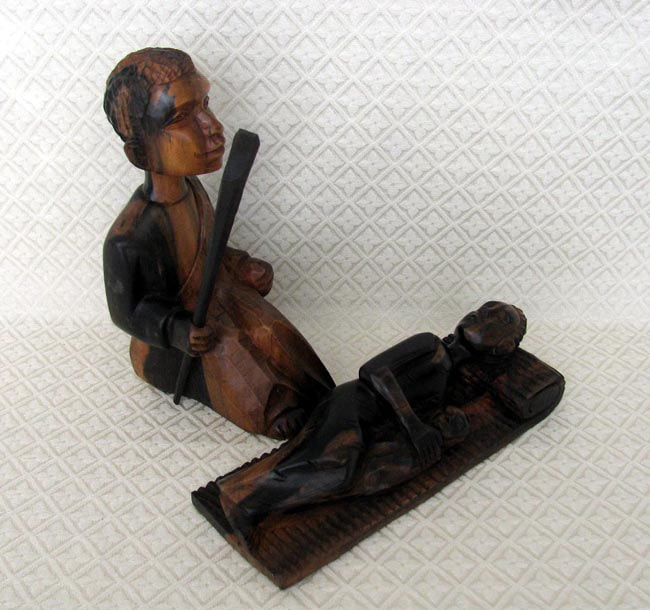 This Nativity is hand-carved from unstained ebony wood. The scene depicts Mary lying on a bed with her new baby Jesus lying beside her. Nativities portraying Mary in a reclining pose are rare, but I would like to think that this pose would be the most natural for a woman who just had a baby. Joseph sits next to his family, uniquely proportioned to be a much larger figure than Mary and Jesus. Joseph holds a removable staff. Sitting Joseph measures 9.5 inches tall, while reclining Mary measures 10 inches long.

The sculptor’s name is Jean-Pierre, who lives in Bangui, the capital of Central African Republic. Jean-Pierre carves wood in his workshop and then sells his pieces in a local craft market. Central African Republic is among the ten poorest countries in the world. As of 2015, according to the Human Development Index, the country had the lowest level of human development, ranking 188th out of 188 countries. It is also estimated to be the unhealthiest country. French is the official language.
﻿
◄  back to Africa Collection﻿
go to Nativities for Sale​  ►
© World Nativity 2005 - 2023