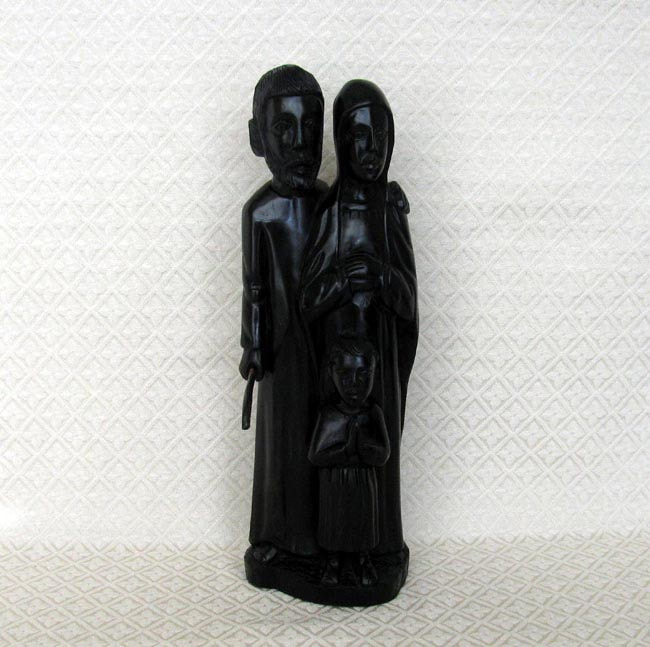 This tall Holy Family is hand-carved from valuable ebony wood. The scene depicts Joseph standing next to Mary with an adolescent Jesus in front of them. Joseph holds a removable staff. The heavy sculpture measures 14 inches tall.

The sculptor’s name is Jean-Pierre, who lives in Bangui, the capital of Central African Republic. He wrote his initials on the bottom of the sculpture. Jean-Pierre carves wood in his workshop and then sells his pieces in a local craft market. Central African Republic is among the ten poorest countries in the world. As of 2015, according to the Human Development Index, the country had the lowest level of human development, ranking 188th out of 188 countries. It is also estimated to be the unhealthiest country. French is the official language.
﻿
◄  back to Africa Collection﻿
go to Nativities for Sale​  ►
© World Nativity 2005 - 2023