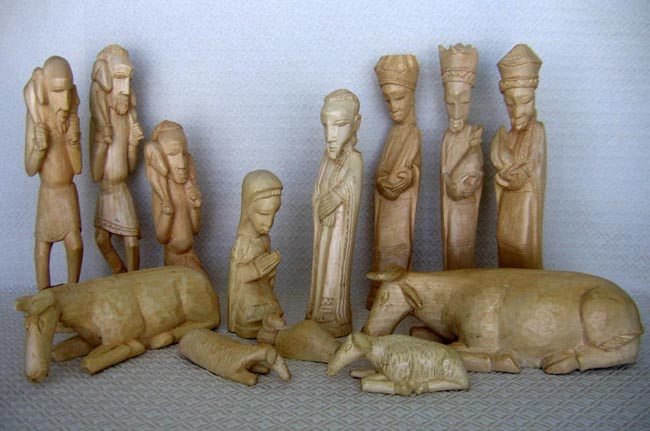 This Nativity set from Angola is carved from unstained, light-colored jacaranda wood. An acquaintance found this set in an open market while traveling in Angola. Nothing is known about the artisan. The set contains Joseph, Mary, baby Jesus, a cow, a donkey, two sheep, three shepherds, and three wise men. An interesting feature of this set is that the artisan carved three shepherds to achieve symmetry with the three kings. Each shepherd carries a sheep across his shoulders. The tallest wise man measures 14.5 inches high.
﻿
◄  back to Africa Collection﻿
go to Nativities for Sale​  ►
© World Nativity 2005 - 2023